United Nations Ambassador Nikki Haley said the US still supports Article 5 of NATO’s founding treaty, which stipulates that a threat to one member nation is a threat to all nations. 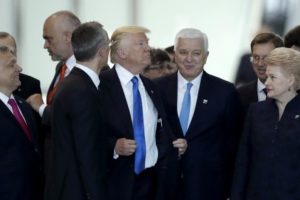 “Of course we believe in Article 5. I just met with all of my NATO ambassadors yesterday. We said, ‘A threat on one of us is a threat on all of us”, Haley said on CNN’s “State of the Union”.

Trump did not explicitly express his support for Article 5 when he visited the NATO headquarters in Brussels last month.

The UN Ambassador added that while Russia may try to divide member nations, the alliance will stay strong.

Moreover, Haley noted that she believes that Trump supports the treaty’s stipulation.

Addressing the defense spending issue, Haley said the Trump’s goal was to ensure that members shared the burden of support for the alliance.