Democrats want former presidential candidate Hillary Clinton to step out of the spotlight because her remarks on the November election loss are hurting the party, The Hill Reports. 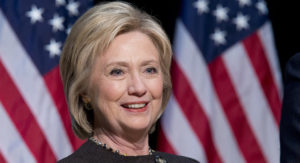 A dozen Democrats were interviewed about Clinton’s remarks, including many Clinton supporters and former aides, and they have said that she needs to “rethink her public blaming tour”.

“Good God, what is she doing. She’s apparently still really, really angry. I mean, we all are. The election was stolen from her, and that’s how she feels”, said one longtime aide after watching Clinton at the Recode conference in California.

However, many of them understood the need to explain what happened in the election. Some empathized with Clinton’s anger over former FBI Director James Comey’s handling of a probe into the email scandal.

Former Barack Obama advisers were also among those scratching their heads over Clinton’s strategy. At the Recode conference, Clinton stated that she had inherited nothing from a “bankrupt” Democratic Party led by the former president Obama for eight years.

“If she is trying to come across as the leader of the angry movement of what happened in 2016, then she’s achieving it. But part of the problem she had was she didn’t have a vision for the Democratic Party, and she needs to now take a break and let others come to the forefront”, former senior aide to Obama stated.

Further, he added that Clinton’s criticisms of the DNC can make it tougher for new leaders to come forward.

“It’s hard to do that when you have the former nominee out there in a newsy, aggressive manner,” the former Obama aide underscored.

Longtime aides and advisers say she will not run for public office again, and that she feels liberated to finally speak her mind. They anticipate that Clinton will keep discussing the election, particularly to promote her upcoming book, which is expected to be published this fall.