The 2017 White House Correspondents’ Dinner – the first in decades without a keynote by a sitting President – was a response by the media to the charge that they, as a whole, are fake news. 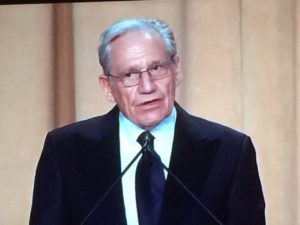 “The Media is not Fake News,” said Woodward and Bernstein, the two celebrated journalists who uncovered the Watergate Scandal. The choice of delivering this message through journalists who brought down a sitting president is certainly not accidental. At the very least, it is a reaffirmation of basic postulates of the role of a free press in democracy. At most, it is a covert threat to President Trump to building the case for impeachment.

To say that mainstream media and the Trump Administration have developed a strained relationship is an understatement. With the exception of Fox News, Trump has repeatedly called the media, and specifically journalists on the White House beat, “fake news” – an apparent tactical move to counter the narrative that it was fake news spread about his political opponents that helped him win the Presidency.

But, in fact, other political considerations notwithstanding, it was perhaps less ‘fake news’ that contributed to Trump’s win, but the uneasy attraction that the media had for him while covering the presidential elections. All his shocking statements about core foreign policy positions, his dismissive nicknames for his political opponents, his racist, misogynistic, anti-immigrant rhetoric – all of that was covered, focusing otherwise scarce media time on candidate Trump.

There have been several moments when the media had a mea culpa – a moment of “what have we done?” Many expected that the White House Correspondents’ Dinner would be a more forceful call to arms. The start of a drumbeat to counter a dangerous tendency in American and indeed global politics to stifle a free press. 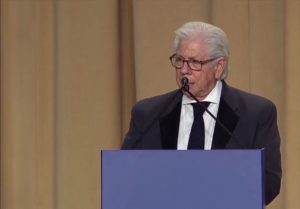 Woodward and Bernstein did share a few lessons. “Almost inevitably,” Bernstein said, “unreasonable government secrecy is the enemy, and usually the giveaway about what the real story might be. And when lying is combined with secrecy, there’s usually a pretty good road map in front of us.”

Perhaps so, but then, for such high stakes, more light on the road ahead and louder voices calling forward are necessary. Events such as the Correspondents’ Dinner could have served such a purpose. Unfortunately, this did not happen.

Clinton Versus Trump: The First of Four

Ron Faucheux is a political analyst, author and pollster. He publishes LunchtimePolitics.com, a daily newsletter on polls. He also runs Clarus Research Group, a nonpartisan survey research firm that has worked for the Advocate and WWL-TV. […]