According to the Daily Intelligencer the Republican National Committee attempted to discredit Deborah Ramirez, the Yale classmate of Brett Kavanaugh’s who has accused the Supreme Court nominee of sexual misconduct. Shortly after The New Yorker published Ramirez’s allegation against Kavanaugh, the RNC sent out an email (7 very serious problems with the New Yorker story) outlining talking points on the issue.

The talking points demonstrating “very serious veracity issues” with the article by Ronan Farrow and Jane Mayer includes the lack of witnesses placing Kavanaugh at the party; Ramirez’s one-time best friend knowing nothing of the story; and the six days it apparently took Ramirez to feel “confident enough of her recollections” to talk to reporters.

The fifth point on the RNC’s list questions Ramirez’s motives. Though she told The New Yorker she was not “politically motivated” to share her story, the RNC presented that Ramirez is a registered Democrat and that she “works toward human rights, social justice, and social change.” 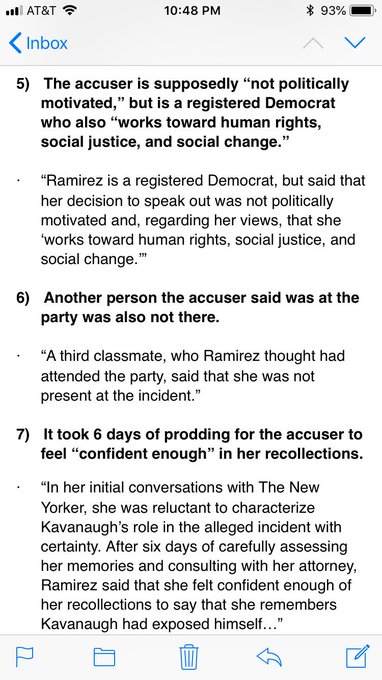 The Defense panel wants the Navy to maintain 12 instead of 11 aircraft carriers and acquire the vessels at a more rapid pace, committee aides said Tuesday. The Subcommittee on Seapower and Projection Forces calls for […]

Uber founder Travis Kalanick has resigned as chief executive after pressure from shareholders. His resignation comes following a review of practices at the company and scandals including complaints of sexual harassment. Last week he said […]

Lobbyists are preparing for the renegotiation of the North American Free Trade Agreement (NAFTA), a sweeping trade pact of critical importance to the United States, Canada and Mexico. Officials from the three nations are set […]