Attorney General Jeff Sessions doesn’t approve of marijuana. When he was in the Senate he once observed: “Good people don’t smoke marijuana.” There are now 29 states and the District of Columbia where medical marijuana is legal, but only last March, Sessions declared before a group of law enforcement officers: “I reject the idea that America will be a better place if marijuana is sold in every corner of the state.”

At least the new attorney general is consistent in ignoring scientific evidence of the efficacy of medical marijuana for a wide variety of problems such a pain relief, soothing the nausea of chemotherapy and in the alleviation of anxiety and stress.

To prominent Washington attorney Ed Weidenfeld, cannabis, the scientific word he prefers, has been a beneficial antidote to many of the symptoms he endures combating his Parkinson’s.

“When taken for medicinal purposes,” he explains, “it is a great inflammatory. It relieves the stiffness associated with Parkinson’s and is a great muscle relaxant. I immediately felt less stiffness and a sense of well-being. I stopped taking aspirin for pain, and I’m sleeping through the night without the terrible nightmares,” he said. “And, I also take fewer prescriptions drugs.”

Weidenfeld is so convinced of the medical value of cannabis that, with a younger partner with necessary academic, agricultural credentials, he applied for and received a license to cultivate and sell marijuana in Washington. His partner, Andras Kirschner has a degree in agriculture and has credits toward an advanced degree in sustainable agriculture.

“Other than Sheila (Weidenfeld’s wife), he is the best partnership I have entered into in my life,” Weidenfeld adds.

Seeking to produce a product free of contaminants and pesticides, Weidenfeld said he and his partner are growing their cannabis in a converted warehouse in northeast Washington.

“It is a state of the art growth facility,” he said, “We are in production with two harvests cured and dried and quickly selling out.”

To buy his product for medical purposes, requires seeing a doctor or nurse practitioner to determine if marijuana will be beneficial. Weidenfeld said there are five locations around the city were medical marijuana can be purchased, including Dupont Circle, Rhode Island Avenue and one in Takoma Park run by a rabbi. 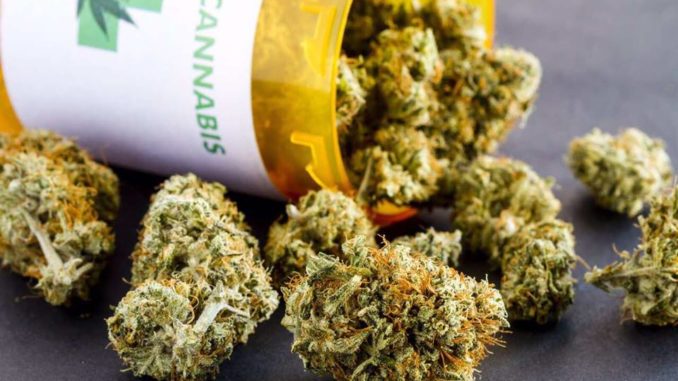 The legal marijuana movement, while gaining momentum, still faces years of unfounded belief that it is a gateway to stronger drugs such as heroin. Much of that argument dates back to a 1936, widely discredited film, Reefer Madness, in which high school students are lured into trying marijuana and it leads to hit and run accidents, manslaughter, suicide, insanity and attempted rape. Critics have called it one of the worst films ever made.

Even though no one has ever overdosed on marijuana, politicians and people opposed to recreational and even medicinal marijuana, it doesn’t come near the lethal consequences of heroin that kills some 13,000 Americans in a single year. Nevertheless, the attorney general still finds marijuana to be “a very real danger.”

He said in his March comments, “I am astonished to hear people suggest we can solve our heroin crisis by legalizing marijuana so people can trade one life-wrecking dependency for one that is less awful.”

Weidenfeld is aware that while there seems to be progress in more states accepting medicinal marijuana, including reports in the Journal of the American Medical Association that it is useful in combating chronic pain in adults and in easing the nausea and vomiting associated with chemotherapy, that acceptance of cannabis is and uphill fight.

It doesn’t help that some of the exuberant, youthful demonstrations seeking the legalization for recreational usage of weed, grass, Mary Jane, pot and some of the other euphemisms for marijuana have been unruly and at times violent. Weidenfeld says these disorganized events do a disservice to their cause. The few that were confrontational during the successful Women’s March in January also did not help.

“The future of recreational use,” Weidenfeld says, “will depend on who is going to win in the 2018 off-year congressional elections.”

He predicts that recreational use will expand and that it will become cheaper to purchase.

Because he believes there is no argument against the salutary medicinal and psychological relief it brings, he is concerned that Big Pharma, the major pharmaceutical industries, will oppose liberal marijuana legislation, or will find ways to dominate the market for themselves. Medical use is more than smoking. Cannabis comes also in creams, salves, tinctures and the kind of vaporizing pens that Weidenfeld carries.

As to why, after all his years as a Washington attorney, he would make such a dramatic change in his life, Weidenfeld said, “I got into it because I was looking for something I could really believe in with passion. It is a social change I believe in and I want to develop a pure product and get involved with young people. And there is promising financial potential.”

And then Weidenfeld said, “I want my grandson to know that granddad was something other than a Washington operative.”