The Food and Drug Administration (FDA) requested Thursday that the drugmaker Endo Pharmaceuticals stop selling Opana ER, which is the first time the agency has taken steps to remove an opioid from the market because of “public health consequences of abuse”, NPR reports. 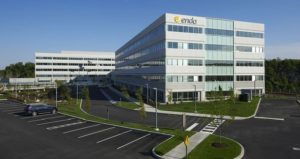 According to the FDA, an increasing number of people are abusing the powerful prescription pills by crushing, dissolving and injecting them. The sharing of needles by these drug users has fueled an outbreak of associated infectious diseases — HIV, hepatitis C and another serious blood disorder.

“We are facing an opioid epidemic — a public health crisis, and we must take all necessary steps to reduce the scope of opioid misuse and abuse. We will continue to take regulatory steps when we see situations where an opioid product’s risks outweigh its benefits, not only for its intended patient population but also in regard to its potential for misuse and abuse”,FDA’s commissioner, Dr. Scott Gottlieb, said.

In a written statement, Endo answered the company is “reviewing the request and is evaluating the full range of potential options as we determine the appropriate path forward.” The company defended its drug, a version of the medicine oxymorphone hydrochloride, citing the opioid’s effectiveness in alleviating pain and Endo’s efforts to prevent abuse.

“As a pharmaceutical company with a demonstrated commitment to the improvement of pain management, Endo feels a strong sense of responsibility to improve the care of pain for patients, while at the same time taking comprehensive steps to minimize the potential misuse of its products”, Endo states.

The FDA says if the company fails to voluntarily withdraw the drug, the agency will force Opana ER’s removal from pharmacy shelves by revoking its market approval. “In the interim, the FDA is making health care professionals and others aware of the particularly serious risks associated with the abuse of this product,” the FDA says.

Opana ER was approved by the FDA for pain management in 2006 as an extended-release opioid. Each pill is designed by the manufacturer to be swallowed and to slowly release the medicine into the bloodstream over a number of hours. But if crushed and snorted or injected, the risk is that the opioid can deliver a potent high in a single wallop.