Congress officials said Friday that the Trump administration had begun returning copies of a 6,700-page Senate report from 2014 about the CIA program on detention and interrogation of prisoners in secret jails, The New York Times reports. 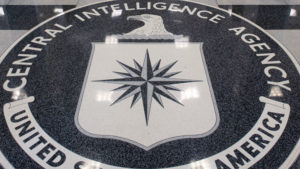 The classified document is a result of a lengthy investigation into the program launched by Democrats on the Senate Intelligence Committee, following 9/11 Attacks.

Moreover, the report tackles activities undertaken by the CIA, aimed at capturing terrorism suspects and the process of interrogation in secret prisons that were purportedly beyond the reach of the American judicial and military legal systems.

The central conclusion of the report is that the spy agency’s interrogation methods — including water-boarding, sleep deprivation and other kinds of torture — were far more brutal and less effective than the CIA described to policy makers, Congress and the public, The New York Times writes.

The Trump administration’s decision honors the request of the Republican chairman of the Senate Intelligence Committee, Richard M. Burr of North Carolina. The FBI, the Office of the Director of National Intelligence, the CIA and the agency’s inspector general have returned their copies of the report, said American officials who asked not to be named to discuss the status of those classified copies.

Officials who played important roles in the C.I.A. detention program remain at the agency, including its newly appointed deputy director, Gina Haspel, and the former head of the agency’s counterterrorism center, Michael D’Andrea. Mr. D’Andrea recently assumed control of the agency’s Iran operations.

The Senate Intelligence Committee, which was run by Democrats when the executive summary was released, sent copies of the entire report to at least eight federal agencies, asking that they incorporate it into their records — a move that would have made the documents subject to requests under the Freedom of Information Act. This law, which allows citizens, the news media and other groups to request access to information held by the federal government, does not apply to congressional records.

The agencies all refused to add the report to their records, and instead kept their copies locked up, prompting the American Civil Liberties Union to sue the CIA for access to the full report.

Some Republicans on the panel supported the publication of the 500-page executive summary. Others issued a rebuttal that challenged some of the conclusions — but not specific facts — in the report, such as the finding that the interrogation methods did not produce useful intelligence.

After Republicans took over the Senate in early 2015, Burr asked the Obama administration to return all the copies that had been sent to the CIA., the Pentagon, the Justice Department and other executive-branch agencies.

The Obama administration instead left the matter to the courts, and the case was still being heard when President Donald Trump took office on Jan. 20. It was decided in April, with a ruling that cleared the way for the agencies to return their copies to the Senate.