As part of the efforts to survey government programs that are promoting civil rights, the Trump administration is planning to disband the Labor Department division that has policed discrimination among federal contractors for four decades. 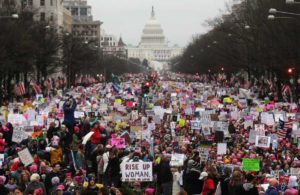 According to the 2018 fiscal plan, the move would fold the Office of Federal Contract Compliance Programs, which employs 600 workers, into another government agency in order to reduce costs.

The Trump administration is currently narrowing the role of the federal government in fighting discrimination and protecting minorities by cutting budgets, dissolving programs and appointing officials unsympathetic to previous practices.

Under President Donald Trump’s proposed budget, the Education Department’s Office of Civil Rights would also see significant cuts. The office is tasked to investigate thousands of discrimination complaints in school districts across the country and set new standards for how colleges should respond to allegations of sexual assault and harassment.

Moreover, the administration has reversed several steps taken under former President Barack Obama to address LGBT concerns, with The Department of Housing and Urban Development, revoking a rule enabling transgender people to stay at sex-segregated shelters of their choice.
Additionally, the Department of Health and Human Services has removed a question about sexual orientation from two elderly surveys about services offered or funded by the government.

Thus, the efforts to reduce the federal profile on civil rights represents the consensus view within the Trump administration that Obama officials exceeded their authority in policing discrimination on the state and local level, sometimes pressuring targets of government scrutiny to adopt policies that were not warranted.