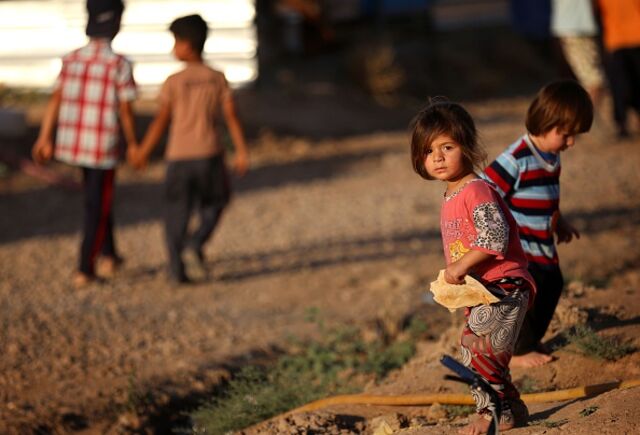 Kurdistan is a roughly defined geo-culture located in the Middle East with a population of 28 million; however, the recent immigration crisis has resulted in the absorption of 1.8 million refugees into the region. This increase causes an extreme strain on Kurdistan’s available resources.

The article below by Eli Lake was originally posted on Bloomberg View:

When the Islamic State in 2014 began its rampage throughout Iraq, many of the displaced people found a safe haven in the Kurdistan provinces in the north. That safe haven is now in danger.

This week at the start of the U.N. General Assembly, the Kurdistan Regional Government (or KRG) publicly warned that it was running out of money to provide basic services to the nearly 1.8 million Iraqis and Syrians who have fled there.

Unless the regional government receives a quick infusion of hundreds of millions of dollars, “there is going to be absolute destitution among the displaced population that we have not seen since the 1990s under Saddam,” the KRG’s U.S. representative, Bayan Sami Abdul Rahman, told me Tuesday.

The current refugee crisis created by the Syrian and Iraqi civil wars has received significant attention in recent weeks as hundreds of thousands of refugees have sought new lives in Europe. But it’s the countries in the Middle East that are suffering the most as a result of the ongoing war.

In the face of this crisis, one might think the Kurds would consider closing their border if the wave of migrants continues. But Abdul Rahman said that would be a last resort.

“We don’t want to close our borders,” Abdul Rahman said. “It’s not fair to someone running for their life. How can you shut your door to them?”

For Kurds the issue is a matter of principle. Almost all Kurds know the experience of being displaced. In Iraq they survived Saddam Hussein’s Anfal campaign, which included the use of chemical weapons in Halabja. “We’ve all been refugees at least once,” Abdul Rahman said. “Even people like me who are very privileged have been refugees. This is something we want to avoid at all costs.”

At the same time the situation in the Kurdish region is growing desperate. According to a recent estimate from the World Bank and the KRG’s own Ministry of Planning, the KRG will need $1.4 billion to stabilize the internally displaced people in its region if the flow of asylum seekers ended today. In a less optimistic scenario, it would need $2.4 billion.

In reality this would mean that even fewer children of the displaced in the Kurdistan region could go to school. Today 60 to 70 percent of school-age children do not go to school. Basic health services are often not available. Many of the internally displaced are living in shipping containers and half-built buildings without heat or electricity. Meanwhile, the U.N. vouchers for necessities like food could be eliminated, creating an even greater need.

When I was in the Kurdish region in January and February, I saw the misery for myself. The yards of churches and mosques around Erbil were turned into camps with tents and generators housing Iraqis who only a few months before had been comfortably middle class. Homeless Iraqis who couldn’t get housing at one of the seven U.N. camps in Erbil begged on the streets in broad daylight.

For now Abdul Rahman and other KRG officials in New York this week are appealing to Western governments for much-needed cash. But she told me she was also hoping for relief from other sources, including Christian charities and other private philanthropies.

Part of Abdul Rahman’s pitch is that over time, the young people displaced by the war will become a threat to the region and beyond if they are not integrated into society. She’s not alone in fearing this outcome. In testimony Tuesday before the Senate Foreign Relations Committee, Nancy Lindberg said the seven camps for the internally displaced just in and around Erbil were described to her by one aid worker as “seven time bombs.”

Abdul Rahman compared the fate of the displaced in the Kurdistan region to the generations of Palestinians who live in refugee camps in Lebanon, Jordan, Gaza and the West Bank. “I don’t want to take a side in that conflict,” she said. “But it’s a fact that there is a Palestinian generation who have lost everything, who are radical and vulnerable and have no hope. I don’t want that in my backyard in Kurdistan. One Palestine is enough.”

KRG President’s Chief of Staff on KRG’s relationship with the U.S.

Dr. Fuad Hussein, chief of staff to President Barzani of the Kurdistan Regional Government, talks to host Chuck Conconi on the occasion of an official delegation visit to Washington, D.C. He addresses the strength and […]