Aleksandar Mihajloski, the leader of the reform movement in Macedonia’s VMRO-DPMNE party, met with the offices of senators, representatives, and the State Department in Washington, DC this week to discuss his anti-corruption and democratization efforts in Macedonia.

Mihajloski highlighted his reform efforts to return the VMRO-DPMNE party to its pro-Western, pro-EU, pro-U.S. roots. 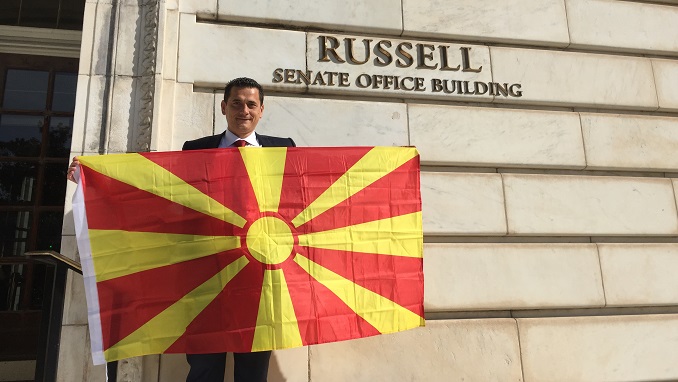 Mihajloski outlined proposed legislation that will curb corruption and fraud in the Macedonian political system, and expressed hope that U.S. officials will support Macedonia on its road to become a full-fledged member of the EU and NATO.

Leaders in Washington responded positively to Mihajloski’s reform efforts, and agreed that democratic ideals and an independent judiciary are supported by the U.S. government, as well as Macedonia’s integration into the EU and NATO. 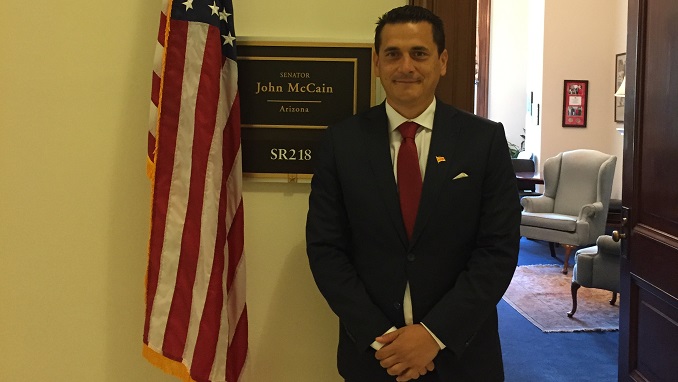 Mihajloski highlighted Macedonia’s appreciation of U.S. support, dating back to aiding the country’s independence in 1991, as well as continued financial support from Congress.

Historically, the VMRO-DPMNE party was oriented towards the EU and NATO, and was the first party to advocate the independence of Macedonia during the disintegration of Yugoslavia in the early 1990s.

However, under the leadership of ex-Prime Minister Nikola Gruevski in recent years, the party has rejected Western leaders and turned to Russia for support. In addition, party rules have been changed to create an autocratic environment in which Gruevski controled all decisions while Macedonia’s democratic freedoms deteriorated.

A majority of VMRO-DPMNE members support a return to democratic norms and the party’s pro-Western roots.

The Defense panel wants the Navy to maintain 12 instead of 11 aircraft carriers and acquire the vessels at a more rapid pace, committee aides said Tuesday. The Subcommittee on Seapower and Projection Forces calls for […]

Uber founder Travis Kalanick has resigned as chief executive after pressure from shareholders. His resignation comes following a review of practices at the company and scandals including complaints of sexual harassment. Last week he said […]

Lobbyists are preparing for the renegotiation of the North American Free Trade Agreement (NAFTA), a sweeping trade pact of critical importance to the United States, Canada and Mexico. Officials from the three nations are set […]