Senate Republican leaders are soon to present options on ObamaCare replacement bill at Tuesday GOP meeting. Party leaders are continuously exerting pressure on members to make decisions on moving forward and pushing for a vote by the end of June. 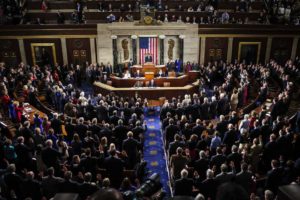 Senate Majority Leader Mitch McConnell is speeding up the party’s stagnant work as a jam-packed fall agenda awaits congressional leaders and President Donald Trump. Republican leaders want resolution to the turbulent ObamaCare repeal debate by the Fourth of July recess, Republican sources said, to ensure that the whole year isn’t consumed by health care and that other important issues, such as tax reform, can be discussed.

“I don’t think this gets better over time. So my personal view is we’ve got until now and the Fourth of July to decide if the votes are there or not. And I hope they are”, Republican senator Roy Blunt says.
Senate staff spent last week and the weekend writing the bill, but left some key decisions blank, Politico adds. At a party lunch on Tuesday, McConnell and his deputies are expected to present an early blueprint of the party’s health care overhaul efforts as well as several potential solutions for moving forward on internal divisions.

Republicans are getting close to a framework on how to reduce premiums, and there is general agreement on more generous tax subsidies than those the House passed, with the Congressional Budget Office (CBO) assessing budgetary impact of those proposals.

Some of the biggest outstanding issues include the decision to roll back ObamaCare’s Medicaid expansion and Medicaid cuts, with senator Shelley Moore Capito saying that she “isn’t yet committing to a bill that phases out the expansion”.

Republican leaders are facing a tough choice, crafting a bill that can get 50 of the party’s 52 votes or demonstrate that Republicans are simply too divided for success despite their years-long efforts against the ObamaCare law.

Early drafts of the legislation could be released by the end of this week, according to GOP sources.
Republicans have to file their bill to the CBO about two weeks prior to the vote. Unlike the House, the Senate needs to have the score before its members vote on the bill because they are required to come up with $133 billion in savings. Staff has already started early discussions with CBO on pieces of what could be in the bill, which gives the Senate only about 10 more calendar days to finalize its legislation.

If a replacement bill is approved by the Senate by June 30, Republicans would still have one month before the August recess to merge the House and Senate bills, which are expected to have major differences.

On the other hand, if the Senate vote fails, Republican leaders want to have a decisive end to the ObamaCare repeal debate and move on to tax reform while potentially making more changes to the health care law to combat spiking premiums and unstable insurance markets, Politico reports.