Trump’s cabinet is set to decide whether it will continue a 30-year, $1 trillion program to remake America’s atomic weapons, as well as its bombers, submarines and land-based missiles. 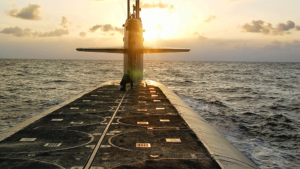 The newly elected US President has pledged to overhaul the arsenal, which he has called “obsolete”, the New York Times reports.

According to the first official government estimate of the project, prepared by the Congressional Budget Office and due to be published in the coming weeks, costs will reach $1.2 trillion, i.e. 20 percent more than the figure envisioned by the Obama administration.

Trump’s proposed budget calls for big increases in research and development for new weapons, but it does not yet grapple with the ultimate budget-busting cost of producing a new fleet of delivery vehicles. The Obama administration left the hard budgetary choices for the next administration, and it is unclear whether Trump’s administration can deal with the rising cost.

“This is why there is no real five-year plan for the defense budget. No one wants to face these numbers”, said Democrat representative Adam Smith, a member of the House Armed Services Committee, who has asked whether “the United States needs all of the 1,550 nuclear weapons it can deploy under a 2010 treaty with Russia”.

The new assessment offers a hard look at what it would take to remake an aging nuclear weapons complex that is vulnerable to cyber-attack.

Earlier, Trump tweeted that the United States “must greatly strengthen and expand its nuclear capability”.

The Obama administration program envisioned a nuclear arms buildup unseen since the Reagan administration, with all the resonance of a re-emerging cold war. On the table is the development of a new long-range, nuclear-tipped cruise missile that Obama’s Defense Department embraced but that some leading nuclear strategists consider unnecessary and potentially destabilizing.