Over twenty African-American women, political activists and elected officials, have signed an open letter to Democratic National Committee (DNC) Chairman Tom Perez in which they are openly criticizing him for seeming to take for granted the party’s most loyal base of support, The Washington Post writes. 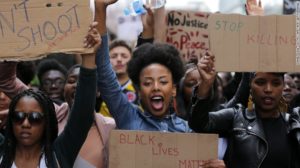 Criticism comes as Perez, who was elected chairman of the DNC in February, is traveling around the country and meeting with party leaders in an effort to regroup after last fall’s upset victory by Republican Candidate Donald Trump.

Further, African-American women have consistently supported the party, but have been ignored by Democratic leaders who seemed to be more focused on winning back white voters who rejected Hillary Clinton in November, the letter states.

“The data reveals that Black women voters are the very foundation to a winning coalition, yet most Black voters feel like the Democrats take them for granted. Since taking office, you have met with and listened to key constituencies. But you have yet to host a Black women leaders convening”, the letter reads.

Activists request from Perez to hold a meeting with African-American women leaders to discuss ways to increase involvement of these women, including hiring them for key staff positions.

“The time is now for progressive power brokers and the very Party that we have carried on our back to the voting booth, year in and year out, to make a sustained and substantial investment in our leadership and priorities,” the letter states.

“While black women are at the core of our party and of the resistance, they are too often taken for granted. We must change this.” He went on to say the party would gather women “from across the country, including those that signed the letter, to discuss how we can better engaged the issues confronting Black women and partner with them to elect more leaders who share their values.”, Perez said in a statement.

Earlier in May Perez met with a diverse group of women, including some of the letter’s authors, but will host a meeting just for black women, according to a DNC official. In addition to Karen Carter Peterson, who was elected vice chair of the party in February, the officials said, there are several other black women in leadership posts, including the deputy treasurer and the chief operating officer.

Much of the public discussion within and about the Democratic party has focused on the defections among white working-class and rural voters, to whom Trump appealed with a strong economic message and raw language that hinted at halting the march toward multiculturalism that characterized the tenure of former President Barack Obama.