A majority of Americans disapprove of congressional efforts to repeal and replace ObamaCare, according to a new poll from the Kaiser Family Foundation. 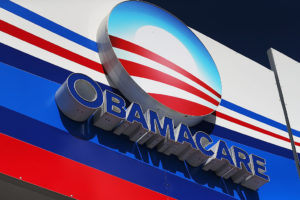 The survey released early Wednesday morning, shows that 55 percent of the respondents are not in favor of the House-passed American Health Care Act (AHCA).

Furthermore, the same percentage said they want the Senate to either make major changes to the House bill or not pass it all. The Senate is currently deciding on how to proceed, and whether to ignore the House and write its own bill from scratch. Committee staff are working on draft legislation to launch talks following the return of senators to Washington next week, but underlying issues about Medicaid, insurance coverage and Planned Parenthood have yet to be resolved.

A report that was released last week from the nonpartisan Congressional Budget Office (CBO) found that 23 million people would lose insurance and that senators are struggling to make sure their legislation covers more.

The poll also shows that partisanship is the main driver behind support for either ObamaCare or the AHCA, with a majority of Republicans viewing the AHCA expressing approval i.e. 67 percent, whereas nearly 78 percent of Democrats view the Affordable Care Act favorably.

Almost three quarters of the public or 74 percent, said they think it is “likely” that President Donald Trump and the Congress will repeal and replace ObamaCare. Most Republicans i.e. 60 percent said they think the bill should pass as it is, or with minor changes. At least 51 percent of Republicans said the Senate shouldn’t adopt the bill.

Nearly half of the surveyed also said they think their families’ health costs will get worse under the replacement plan, up from 28 percent who said so in December. About a third said that they expect both their quality of care and their access to care to get worse.